The journey to net-zero carbon emissions – and the role played by METS companies such as RTI – Real Time Instruments’ – was a key topic of discussion during a visit to the company’s world head office in Mackay by Federal Resources Minister Keith Pitt.

Mr Pitt, who declared himself “an electrician by trade and an electrical engineer by profession,” was right at home in the workshop, as Mr Sheehy explained the concept of the long-life neutron generator (n-Gen) source used to analyse on-conveyor ore and other bulk materials more safely and accurately in real-time.

The role of the n-Gen, and RTI’s suite of other elemental and moisture analysers, in better enabling resource and power generation companies to reach their net-zero targets was also highlighted.

Mr Robinson cited the work RTI had undertaken in commissioning 18 AllScan analysers at power stations throughout India, as well as a collaboration with GE in Europe to help power stations reduce emissions and increase efficiencies, as examples of where Real Time Instruments was at the forefront of global net-zero target achievement.

He said the company understood that coal would not be a sustainable fuel into the future and RTI was working with companies and sites, worldwide to find solutions in reducing their carbon emissions and transition to net-zero.

“We are another enabler in their toolbox, helping them toward net-zero targets,” Mr Robinson said.

“In terms of the data we are able to provide them about the quality of ore being processed or fuel they are burning, and that is really where RTI finds its place in the industry.”

In addressing the transition away from coal, Mr Robinson said RTI’s technologies were applied across other industries – and throughout the world.

More than 1200 RTI analysers have been deployed to more than 55 countries worldwide and in 2021 the business had recruited sales engineers in South Africa and Latin America, with plans for another to be recruited in North America by the end of the year. RTI also has a branch in Western Australia and has generated strong market penetration throughout Queensland, NSW, WA, with emerging markets in the Northern Territory and SA.

“In terms of understanding our technology is going to change, for example, there is already coal to hydrogen conversion that we are already being asked about, but in terms of the other industries – nickel, bauxite, copper, gold, all of those mining industries benefit from smarter mining in terms of selective ore sorting and blending for the customer.

“We have to understand there is a transition that will occur, but these are technologies which can be applied elsewhere.”

Mr Robinson said RTI was already gearing its workforce towards jobs for the future, and had a proud tradition of recruiting great people from within the local region, while also attracting people to Mackay with opportunities they would not find elsewhere.

“We have a smart and innovative team of physicists, mathematicians, engineers, and tradespeople in the electrical, mechatronics and instrumentation fields.

“Of course, recruiting can be a challenge and is a tedious process, but we work closely with Austrade and TIQ and while we cannot always find the right people with the right skills in the local Mackay region, we have been able to attract to Mackay some fantastic people from other regions, as well interstate and overseas.”

Mr Robinson said RTI was well-placed for future growth, with its world-class Research and Development team, key partnerships with industry and commodity leaders globally and a track record for delivering cutting-edge solutions.

“We have big plans, and it is a dynamic and transitional space we are working in,” he said.

“But with our team, our experience and our partnerships, we are well placed to make the most of what lies ahead.”

For more information or to arrange images, vision or interviews, contact:
RTI Marketing, Communications and Engagement Manager, Meredith Papas
on [email protected] or 0448 995 731. 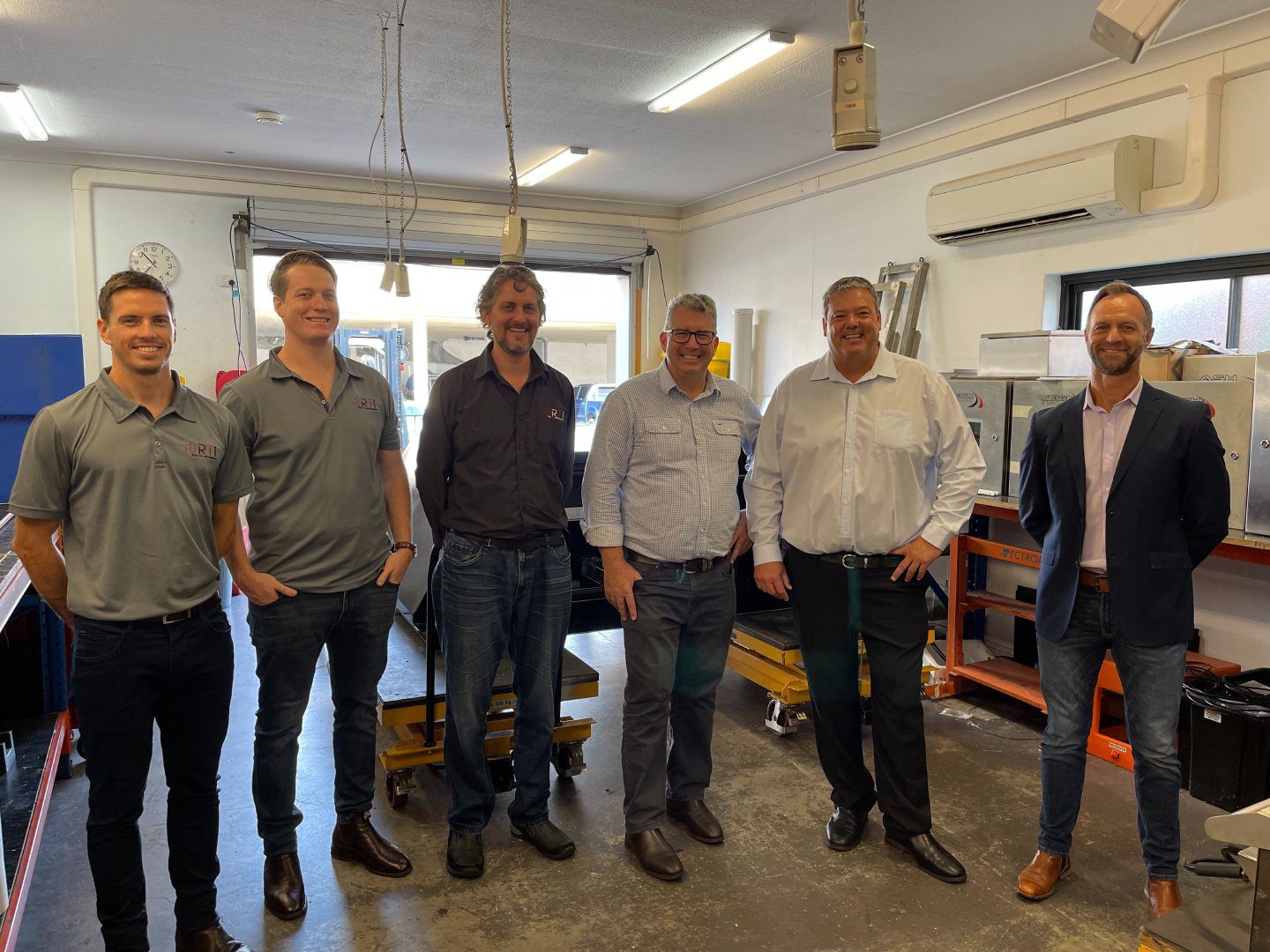